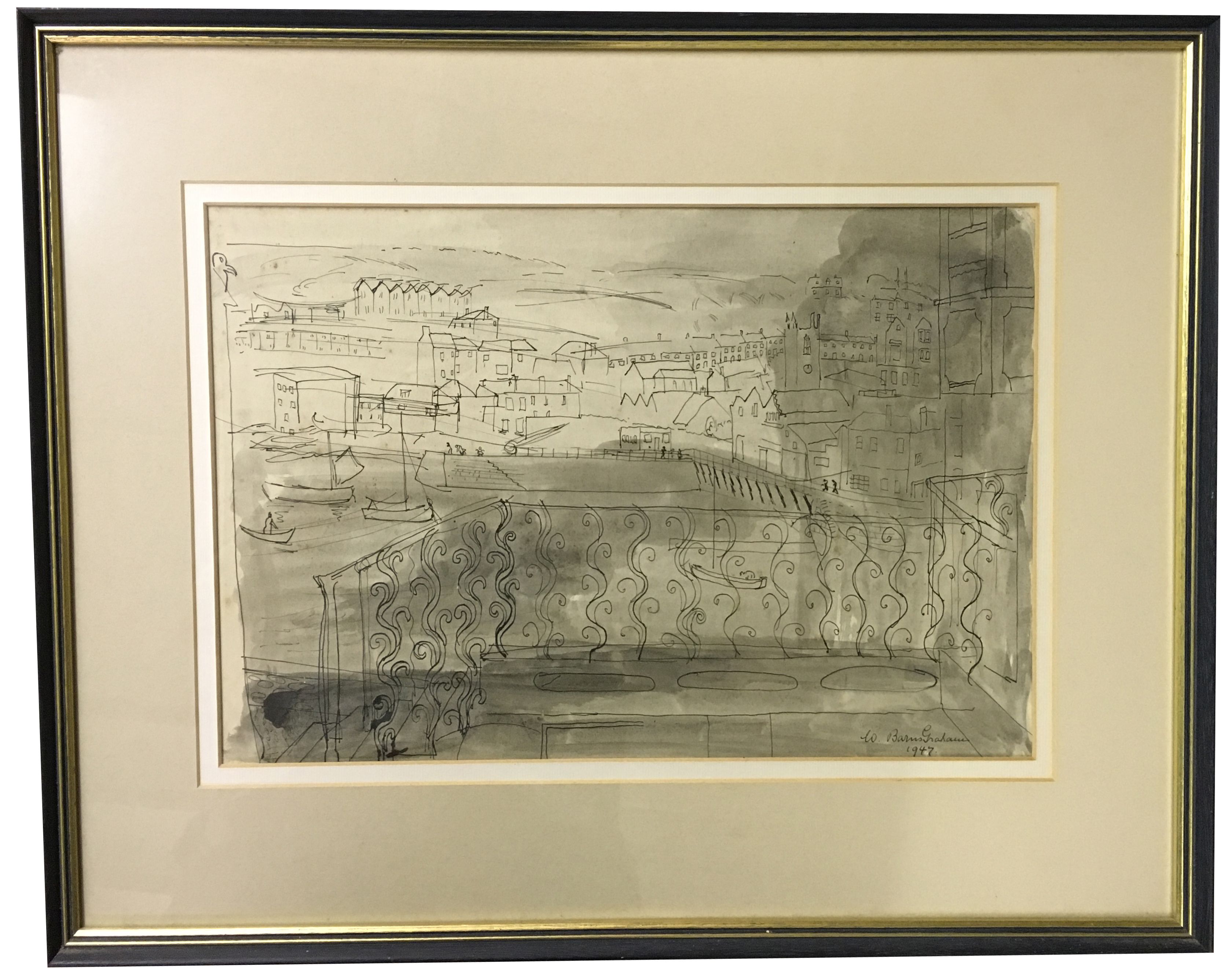 Our third blog post for the #5WomenArtists campaign, which was devised by the National Museum of Women in the Arts to promote gender equality during Women’s History Month. You can read more about the project here.

Wilhelmina Barns-Graham was born in Scotland on 8th June 1912. She was the eldest child of Allan Barns-Graham and Wilhelmina Meldrum, who were of an old landed family in Fife and Stirlingshire. Barns-Graham showed very early signs of creative ability, determining while still at school that she wanted to be an artist. With the help of her aunt, she was able to brake away from the milieu of her upbringing and attend the Edinburgh College of Art.

In 1940, owing to the war situation and her poor health, Hubert Wellington (the Principle of the ECA) suggested that Barns-Graham relocate to St Ives in Cornwall. Wellington knew that a group of Modernists had gathered there for the duration of the war. He reckoned that it would make a suitable refuge for Barns-Graham, beneficial for both her wellbeing and her art. She arrived there in the March of that year.

The St Ives Society of Artists formed only after the war, but Barns-Graham met the likes of Borlase Smart, Alfred Wallis, Bernard Leach, Ben Nicholson, Barbara Hepworth and Naum Gabo early on. While her history is bound up with the School, she left in 1949 – remaining a member of the Newlyn Society of Artists, a founder of the Penwith Society of Artists (a breakaway group of abstract artists) and an initial exhibitor of the Crypt Group.

Over the next twenty years, Barns-Graham travelled regularly to Switzerland, Italy, Paris and Spain. She also spent time in Leeds and London. In 1960, she inherited from her aunt a house near St Andrews, 700 miles from St Ives. Barns-Graham began to divide her time between the two, spending her summers in Cornwall and winters in Scotland. Her new house provided her with an alternative focus and her work changed direction but was neither St Ives nor Scottish.

From about 1988, there was an outpouring of triumphant and beautiful work from Barns-Graham, completed with all the freedom of a vastly experienced painter. She also started to receive belated recognition, receiving an honorary doctorate from the University of St Andrews, among others, being elected an honorary member of the Royal Scottish Academy, and being awarded a CBE in 2001. She died in St Andrews in 2004 and bequeathed her entire estate to the Barns-Graham Charitable Trust, which supports and inspires art and art history students.

Through the course of her life, Barns-Graham’s work generally lay on the divide between abstract and representational, typically drawing on inspirations from landscape. Speaking in 2001, Barns-Graham noted: “in my paintings I want to express the joy and importance of colour, texture, energy and vibrancy, with an awareness of space and construction. A celebration of life — taking risks so creating the unexpected”.

You can see examples of her work in the Hireth – A Cornish Landscape exhibition at the Royal Cornwall Museum.

Posted in Uncategorized by Sophie Meyer on March 15th, 2019.