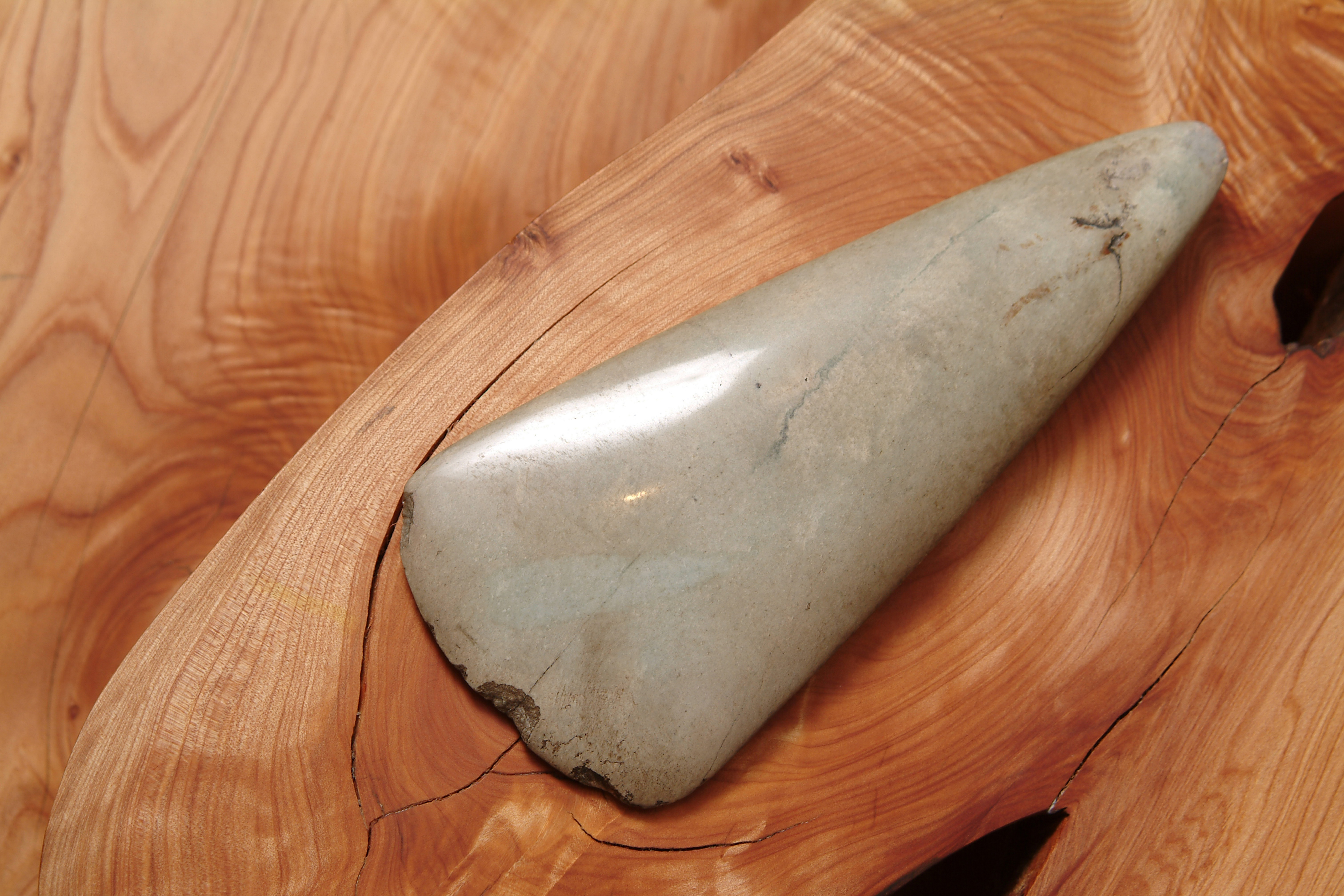 Throughout the prehistoric period, hard, fine-grained stones were used to make tools.  Early tools included axes, adzes, chisels and gouges, secured to a wooden haft according to use.  These artefacts were important both as tools and as symbols of power and wealth.  The importance of the axe might be related to their source of origin but might also have changed over time.

The most prevalent tool was the axe.  To make it, stone was first worked to produce a roughout (a rough and unfinished tool).  This was then pecked, ground, rubbed and sometimes polished to produce the finished axe.

The stone used to make these tools was collected or quarried from specific places.  Stone sources have been traced to Cornwall, the Lake District, North Wales and Northern Ireland.  In Cornwall several greenstone sources have been found, including Mount’s Bay (Group 1), but no quarries have yet been identified.

Studies in West Papua and research into jade sources indicate that a stone from the most dangerously inaccessible and socially restricted part of the mountains was preferred.  Stone from a liminal place between this world and that of the gods and spirits could provide axe-head makers with a stone that was imbued with the power of the magic mountain.

Many of the axes were traded, either as roughouts or the finished products, over vast distances.  Specimens of jade have been traded over Europe, reground, halved, shared, broken and copied in other rocks.  Cornish axes have been found across Britain and Northern France and three jade axes have been found in Cornwall.