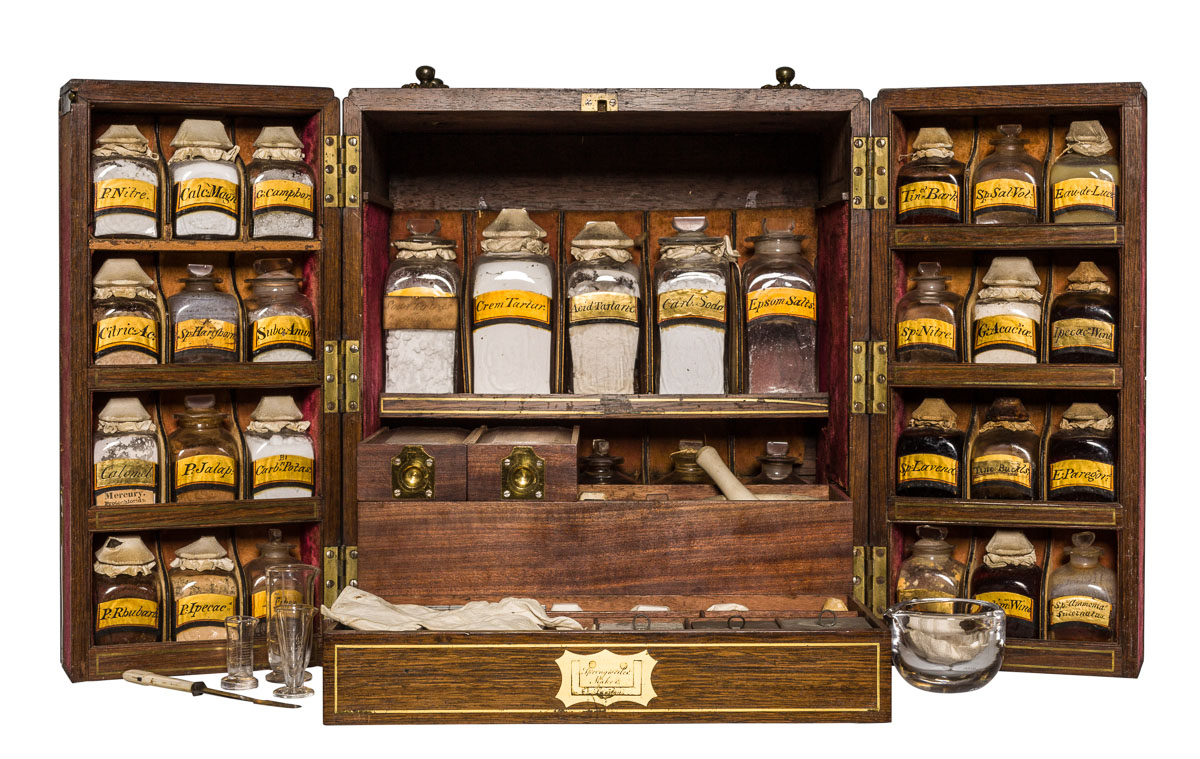 The medicine chest used by Richard and John Lander on their expedition up the Niger in 1830-1 with dozens of bottles containing drugs, glass stoppered and bound in kid skin. ‘It contains all the tools of the trade, pestle etc, seals and weights’. Also, inside the chest there is a list of the medical supplies and directions as to their use

One of two used by the Lander brothers together with 7 medicine- panniers on their expedition up the Niger. This weighed 60lbs and contained many different drugs in glass-stoppered bottles bound with kid skin. Medicines were prepared from a set of instructions by Sir John Webb using the pestle and mortar, scales and measuring glasses provided.

Adopted By: This is a present for Alice from her Mother. She has loved this case ever since a child. Now she has adopted it.