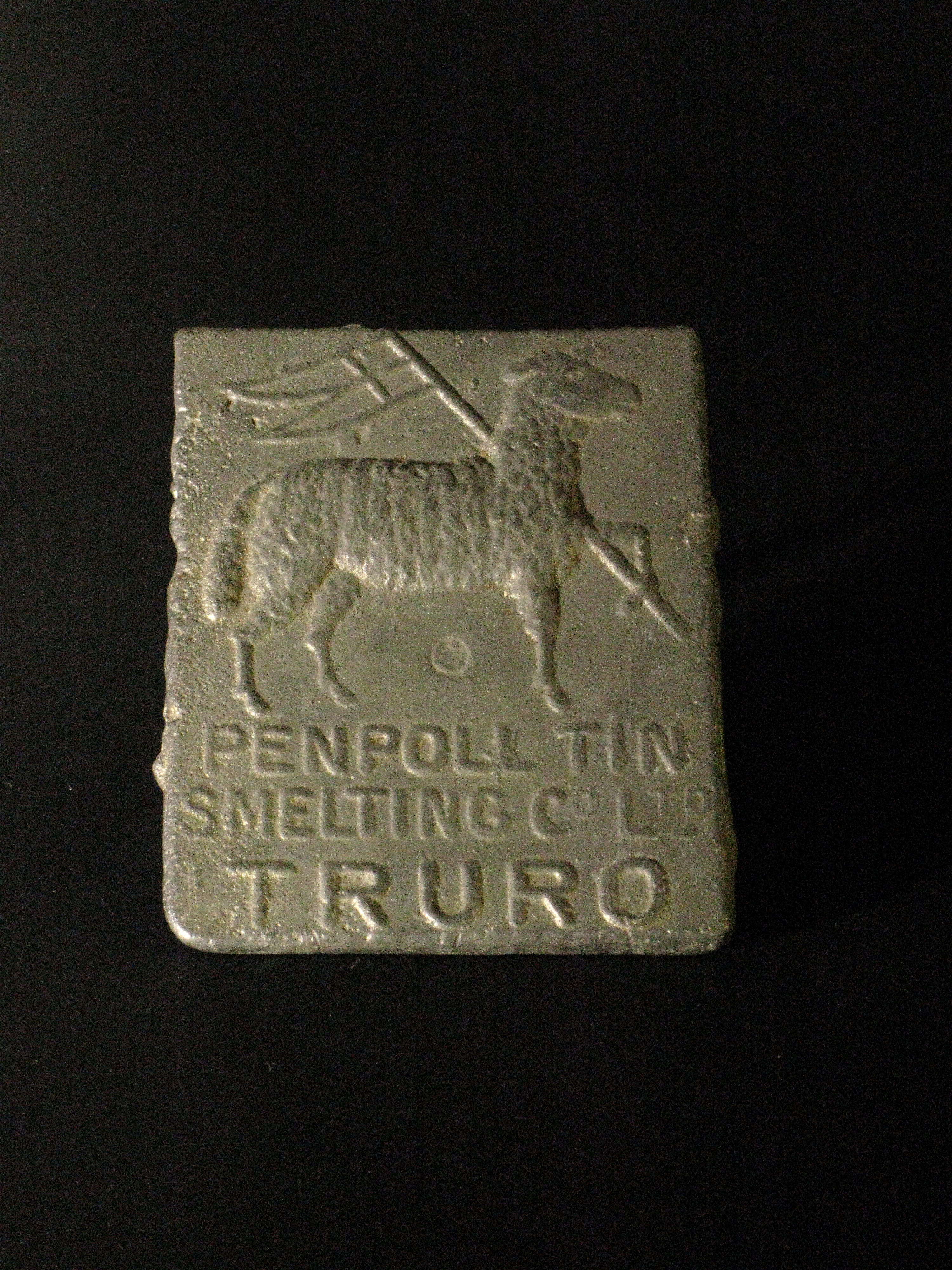 Ingots of metal have been stamped with some sort of official or semi-official marks since early times.

The Cornish tin smelting houses introduced their own distinctive marks in the early 18th Century, and these continued in use until the end of the Cornish Smelting in 1931.

The first was used at Treloweth, St Erth, in 1715 by Henry Davies who took the crest of his coat of arms, a Lamb carrying a flag, to distinguish the tin smelted there.

The tradition is that the Lamb and Flag ‘conveyed to the minds of persons in Catholic countries some idea of consecration, and procured a preference for Lamb Tin, although it never claimed to have the slightest superiority’ (Davies Gilbert, 1838). Soon all the smelting houses used this or similar marks. Traditionally the Pelican was stamped on all tin going to non-Christian countries. A Phoenix, Stag and other devices have also been used on ingots. These were not officially registered trade marks protected by law, but in 1908 the Cornish smelters were annoyed that a company in Chile also used the Lamb and Flag. As recently as 1936, a Dutch tin smelter in Arnhem also used “Lamb and Flag” as a brand name.

These devices also appear on inn signs close to smelting works. In the 18th century the inn at Trerreiffe, Penzance, was ‘The Lamb’; at Angarrack, near Hayle, ‘The Lamb’; at Treloweth, St. Erth, ‘The Lamb and Flag’ which still exists; at Perranaworthal, ‘The Plume of Feathers’, and there were Pelican inns in Truro and St. Ives.