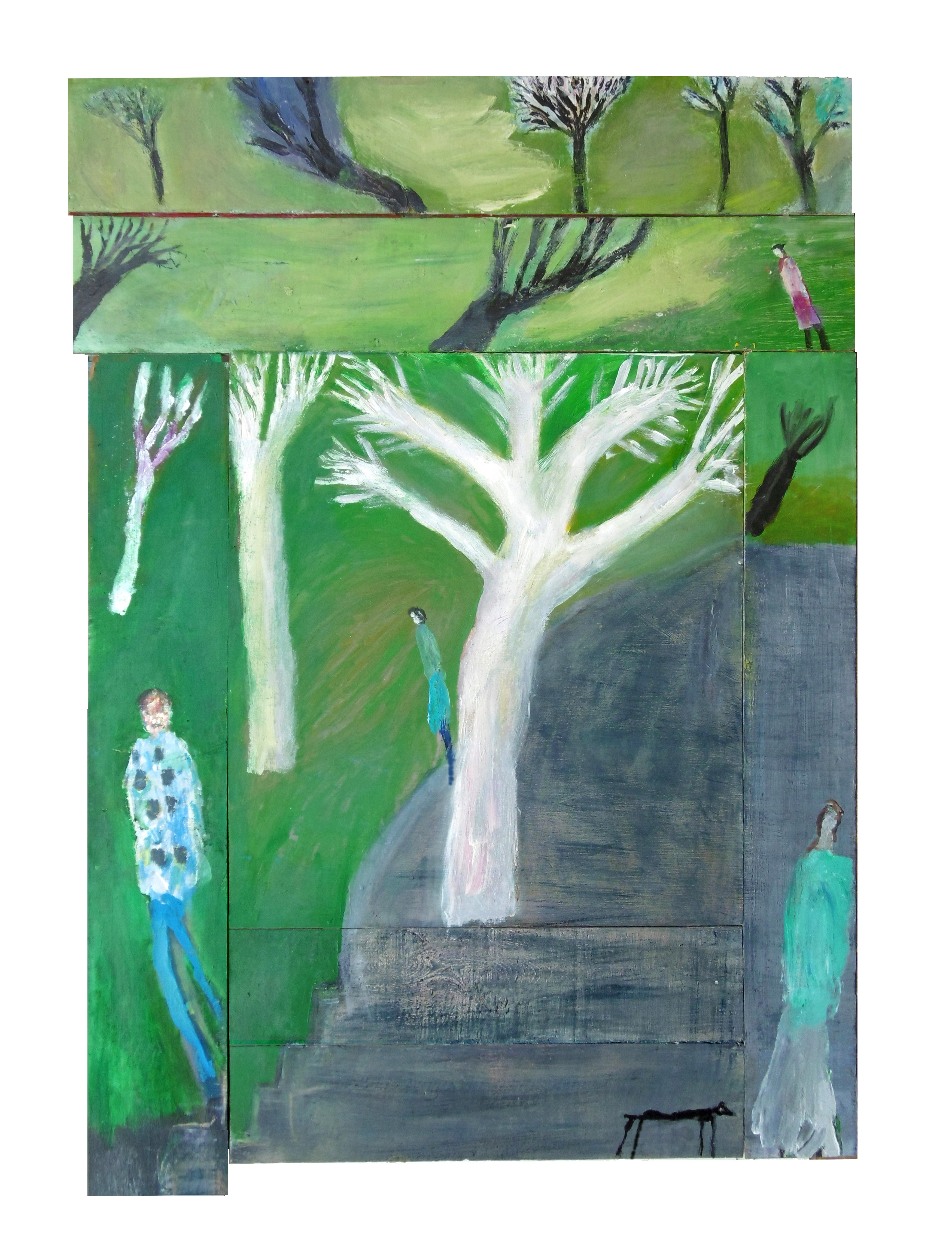 Lofts often contain the bits and pieces from our lives that we’ve moved on from but are nonetheless important enough not to be thrown away. They represent our past and our evolution as human beings – hidden from view, safely stored and proof of who we were, en route to what we have become.

It takes willpower to delve into those boxes, bags and crates and re-introduce them to the light – and more bravery still to put them on public display. But that is what artist Andrew Litten has done for a new exhibition that has just opened at the Royal Cornwall Museum in Truro. Entitled ‘Archive’, it is a collection of his work from 1990 to 1999 and stands testament to a journey that took him from what he viewed as the restrictive and claustrophobic experience of art school to an outpouring of creativity using whatever medium was available to him at the time.

“I deliberately chose humble, unartlike domestic materials and often drew with a biro pen on notepaper or old envelopes,” writes Andrew in “Everyday Means”, a book that has been published to accompany the show. “Cardboard boxes, irregular shaped bits of wood and furniture parts were reassembled and manipulated with figurative references, and each in their own way offered a purposely fragile or precarious support for the visual messages and the transient incidental life moments that I hope to represent.”

Rejecting ‘the guarded, impersonal language of high art at the time’, Andrew focused on people – using impromptu imagery to capture them engaged in ordinary, everyday situations in a variety of places. He describes feeling ‘playful enjoyment’ and of not wanting to police his thoughts.

In her foreword to ‘Everyday Means, Dr Jane Griffiths of Wadham College, Oxford, writes: “What is most striking about Andrew Litten’s early work is its wit. It is manifest in his choice of materials and their oblique appropriateness to this subjects: a swaggering bully boy with a pair of terriers on an old loo seat, a woman winding the clock on what looks like wallpaper, which shows through the shocking pink of her dress as if she were a ghost, a warring couple on table tennis bats, an old woman struggling up the hill that’s formed by the edge of a ripped piece of paper. These appeal to the mind as well as the eye.”

Andrew moved to Cornwall from Aylesbury in Buckinghamshire in 2001 and is happily settled with his family in Fowey. Influenced by artists like Patrick Hayman and Peter Lanyon and the powerful poetry of Louise Bourgeois, he continues to explore what being human means.

“I want to create art that speaks of the love, anger, loss, personal growth and the private confusions we all experience in our lives,” he writes. “Perhaps subversive, tender, malevolent, compassionate – the need to see raw human existence drives it all forwards.”

Andrew exhibits widely across Cornwall and as far afield as London, China, Venice, Toronto and New York. It is the first time that he has exhibited at the Royal Cornwall Museum and all the work displayed will be for sale.