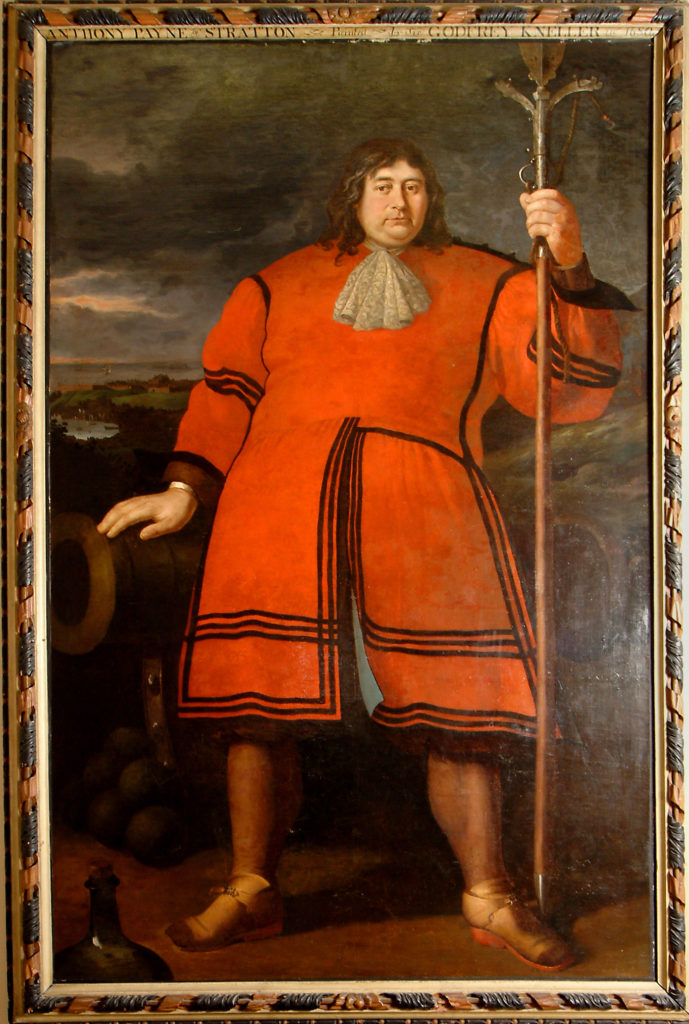 Anthony Payne (circa 1612-1691), ‘The Cornish Giant’, was 7 foot, 4 inches tall. He was a yeoman of Stratton and was the personal retainer to Sir Bevill Grenville, a leading Royalist. He was present at the Battle of Lansdown (1643) when Sir Bevill was killed. This painting was commissioned by Charles II, probably as a gift to Sir Bevill’s son, John of Stowe in Kilkhampton parish. Anthony Payne is shown wearing the uniform of a Halberdier of the Guns of Plymouth Citadel. He died at Stratton, near Bude, in the same house he was born in.

Born in Germany, Kneller became the leading portraitist in England during the late 17th and early 18th centuries.