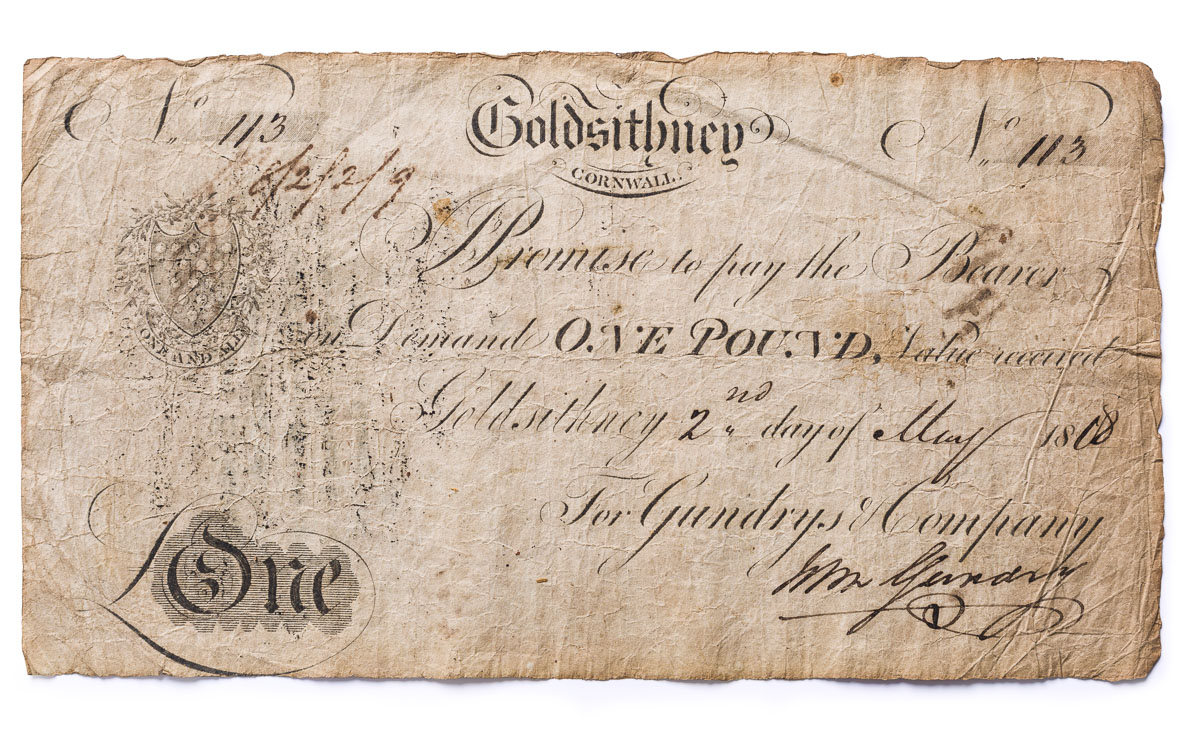 The eighteenth century marked the start of modern banking in England. In Cornwall the earliest banks opened in the mid-1700s to serve the needs of the growing mining economy. Very few banknotes and cheques survive before the early eighteenth century.

During this period bank notes were not standardised as they are today, but they were issued and signed by individual local banks. This £1 note was payable either in Truro or at the bank’s London agents. In 1790 the sum of one pound would be worth somewhere in the region of £60 in today’s money.