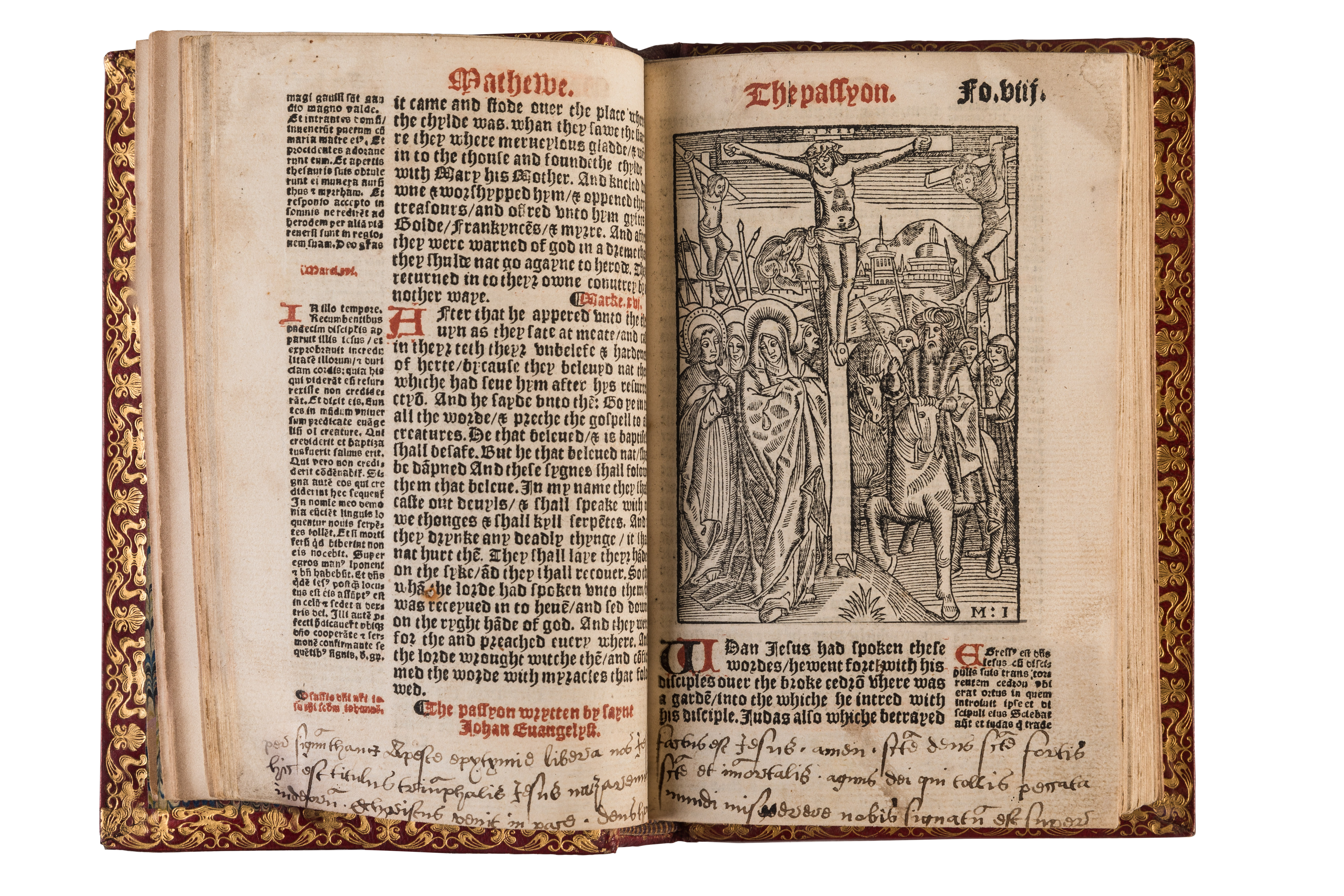 This book from the 16th Century is one of the earliest examples of printing in the RIC’s collections. The invention of printing led directly to the spread of literacy with books becoming affordable to most people for the first time in history.

The first instance of printing in Britain was when William Caxton set up his printing press in Westminster in 1476. It took a strangely long time for a printing press to be set up in Cornwall. Andrew Brice (1690-1773) from Exeter worked in Truro and introduced printing to Truro in 1742. He printed his own poems and a poster which was of Rules to be observed in the Workhouse at Market-jew.

Note: The Use of Sarum or The Sarum Rite (alternatively known as the Use of Salisbury) was a form of the Roman Rite used for the direction of Christian public worship e.g. the Mass.  It was the local version that was used in Salisbury Cathedral and had been established there in the 11th century by the Bishop of Salisbury, St Osmund.  Subsequently it became more widely used throughout much of Britain until being suppressed by Queen Elizabeth in 1559.