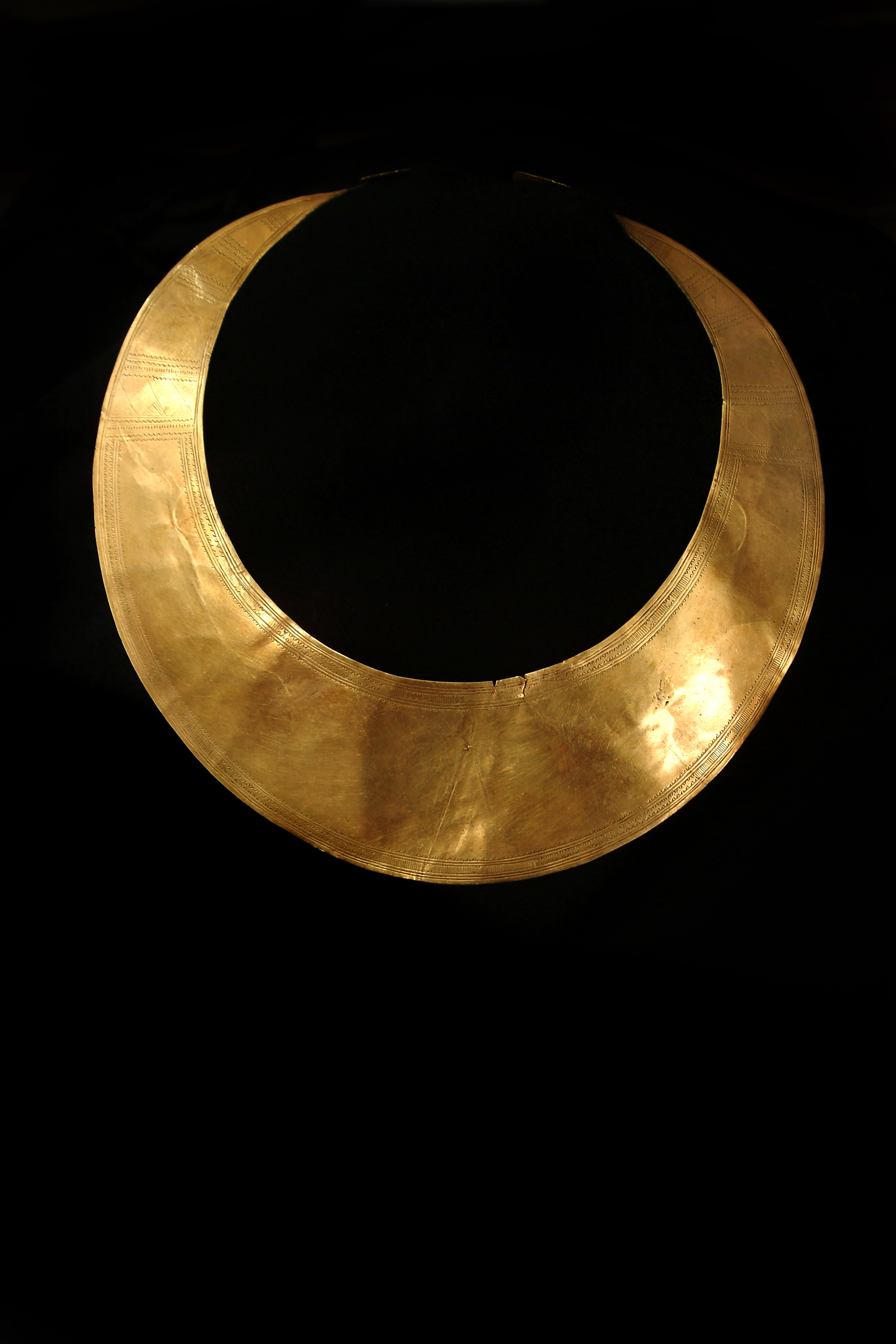 This finely decorated crescent-shaped neck ornament is made of Cornish gold. The craftsmanship shows a great deal of skill, with the geometric patterns being so finely incised that it is hardly possible to feel the indentations by touch. The gold is extremely thinly beaten (c. 4mm in parts), with the middle being the thinnest part.

It was one of two dug up at Harlyn Bay, near Padstow in 1854 by a workman digging a pond. Their significance was not recognised at first and they were given to children to play with. Eventually they were claimed as Treasure Trove and the Duke of Cornwall, later King Edward VII, agreed that they should be deposited at The Royal Institution of Cornwall.

Gold’s enduring and non-tarnishing quality automatically puts the wearer of this as high-status; the fact that it is a particularly fine example of a lunula exalts the owner even further. It was probably worn in rituals.

Humankind’s fascination with gold continues throughout history to the present day; we have a connection to our ancestors through the revered nature of it.

Three types of Lunulae have been identified; this one has been defined as one of the Classical type, which are the most finely worked examples. They originated in Ireland and were traded around the Atlantic seaboard about 2000 BC. However, the gold in this lunula, and its pair, has been identified as Cornish through the traces of tin in it.