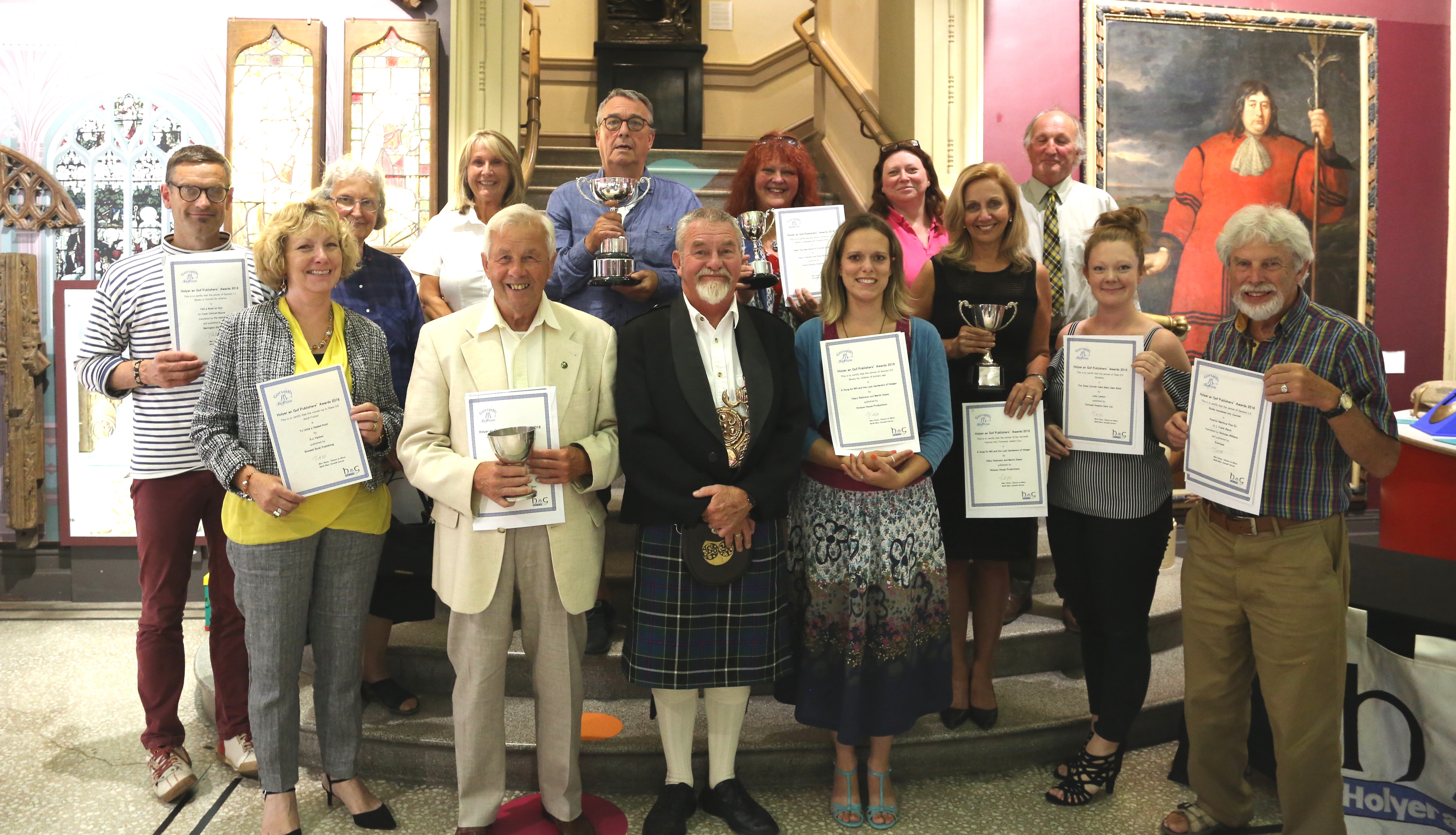 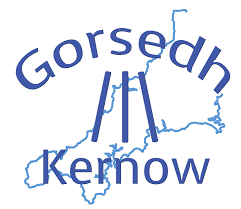 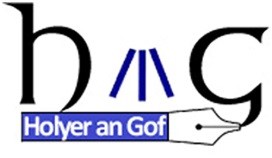 Gorsedh Kernow has announced the winners of the annual Holyer an Gof Publishers’ competition at a prestigious Awards ceremony held on Wednesday 11th July, hosted for the first time by the Royal Cornwall Museum in Truro with special guest mc Jon Cleave, Lev Enev an Tir fronting these popular Awards.

“We are very grateful indeed for the support shown over previous years by Andrew Forster, manager of Waterstones in Truro and his hard working staff,” said Grand Bard Merv Davey, Telynyor an Weryn, “and I am pleased that Holyer an Gof books will continue to be available for purchase in their Truro store.”

Established and organised by Gorsedh Kernow to raise the standard and profile of publishing in Cornwall, this year’s winners were once again chosen from the best, recently published books about Cornwall or in Cornish.

“We usually receive a good number of entries in the fiction for adults class although that is up by 35% this year and we are very pleased indeed to see more than a 50% increase in entries to the non-fiction history, language and creative arts class,” said Holyer an Gof co-organiser Gareth Parry, Mab Meliner Gwlan.

Gorsedh Kernow, now celebrating its 90th anniversary year as an organisation creating and promoting real Cornish culture, is keen to build on this success and has accepted gratefully the offer of holding its prestigious Awards evening at the Royal Cornwall Museum in Truro.

“We are delighted to be hosting the Gorsedh Kernow Holyer an Gof Publishers’ Awards evening here at the Royal Cornwall Museum,” said Royal Institution of Cornwall Director Ian Wall, “and we look forward to welcoming publishers, authors and other guests as they anticipate the results.”

The winners of the 2018 Gorsedh Kernow Holyer an Gof Publisher’s Awards are:

Winner of the Kowethas an Yeth Cup for authorship or translation from Class 1
Dicky Holla by Rod Lyon, published by Kesva an Taves Kernewek.

Class 2.0  – Books for children of primary age
A Song for Will and the Lost Gardeners of Heligan by Hilary Robinson & Martin Impey, published by Strauss House Productions.

Winner of the Gorsedh Kernow Ann Trevenen Jenkin Cup
A Song for Will and the Lost Gardeners of Heligan by Hilary Robinson & Martin Impey, published by Strauss House Productions.

The Holyer an Gof Trophy, awarded to one of the winners in classes 1 to 4.
Dan Daddow’s Cornish Comicalities by Alan M Kent, published by Ryelands (Halsgrove).

Class 5.1 – Non Fiction – Marine, Industrial Heritage and the Environment
Penlee Lifeboat Station: Service not Self by Rachael Campney, published by the RNLI.

The new Federation of Old Cornwall Societies (FOCS) Holyer an Gof Cup – awarded to one of the winners in classes 5 and 6.
Hark! The Glad Sound of Cornish Carols by Hilary Coleman and Sally Burley, published by Francis Boutle Publishers.

Posted in Uncategorized by Sophie Meyer on July 12th, 2018.