Conservation of a Cornish language dictionary

Conservation of a Cornish language printed volume with manuscript additions: –

This volume was Nance’s ‘working copy’.  He was ‘the leading Cornish cultural revivalist after Henry Jenner’. Contains copious manuscript notes throughout in the Cornish language added by Robert Morton Nance 1920s-1950s.

Why it is important?:
From the late 17th century the ‘dying-out’ of the Cornish Language attracted the interest of certain antiquarians and scholars.  One such man in the 19th century was the Rev Robert Williams (1810-1881) who was born in Carnarvon in Wales.  He was the incumbent of Llandovery in 1865 when his dictionary of the Cornish language was published, ‘Lexicon Cornu-Britannicum: a dictionary of the ancient Celtic language of Cornwall in which the words are elucidated by copious examples from the Cornish works now remaining; with translations in English’.  The long explanatory title continues ‘…The synonyms are also given in the cognate dialects of Welsh, Armoric, Irish, Gaelic, and Manx; shewing at one view the connexion between them.’

As a record, Williams’ Lexicon remains invaluable for students with an interest in Middle Cornish vocabulary.  This is because of the citations of medieval Cornish texts such as the Ordinalia and the Creacion of the World, even though some of the 19th century printed texts available to Williams contained inaccuracies. Nance’s manuscript additions therefore further enhance the value of this pioneering publication.

What is it?:
This unique annotated copy of the Lexicon forms part of the ‘Nance Collection’ and was received by The Royal Institution of Cornwall (The RIC) in Truro by way of a bequest from Nance in 1959.  He had been President of The RIC 1953-55.  Born in Cardiff in Wales in 1873, Nance moved with his wife to St Ives in 1906 and, from the 1920s, became increasingly interested in the ancient Cornish language.

How would the book be conserved? :
The extremely fragile condition of this volume is because it was Nance’s ‘working copy’: note his name at the head of the title page. It contains more than 400 pages: both boards are detached with many pages loose and their edges brittle. Nance’s manuscript additions occupy the margins on every page right up to their very edges.  There are in addition a few accompanying letters and some loose slips of paper containing notes together with others ‘tipped-in’.  The volume was examined on-site at the Courtney Library (The RIC) by a professional conservator ‘Elizabeth Neville Book Conservation’ at the beginning of May 2019.

Your participation in this project will ensure that this unique item is conserved for future generations of people with an interest in the Cornish language. 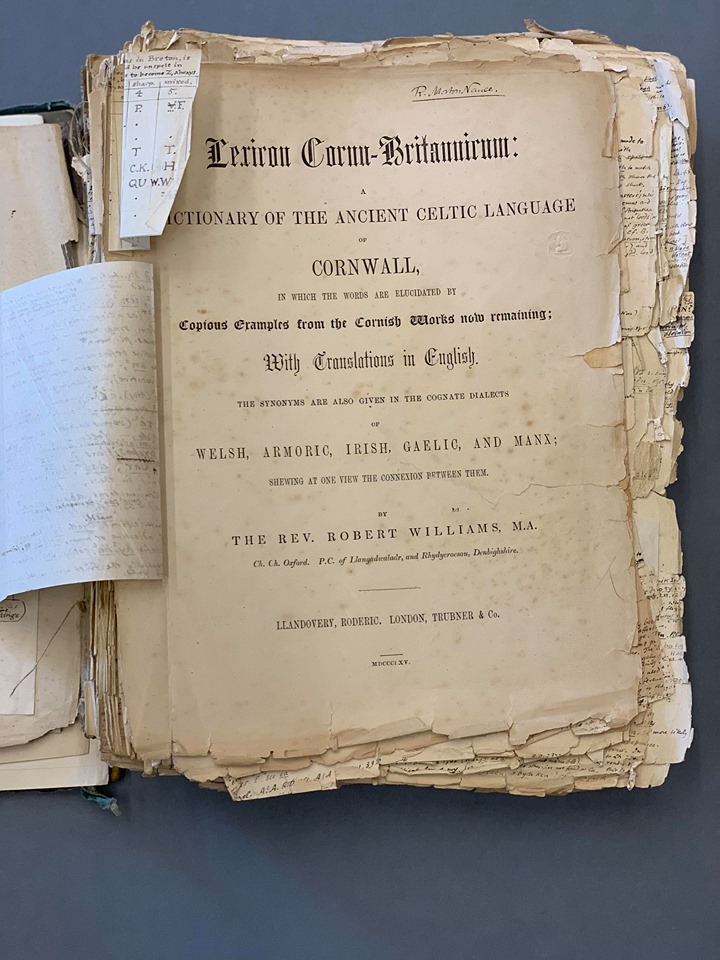 END_OF_DOCUMENT_TOKEN_TO_BE_REPLACED

Adopt one of a varied range of Cornish objects and you can help the Royal Cornwall Museum encourage all future generations to be inspired by Cornish heritage.Enjoy exclusive benefits and learn the fascinating history behind your chosen object.

END_OF_DOCUMENT_TOKEN_TO_BE_REPLACED 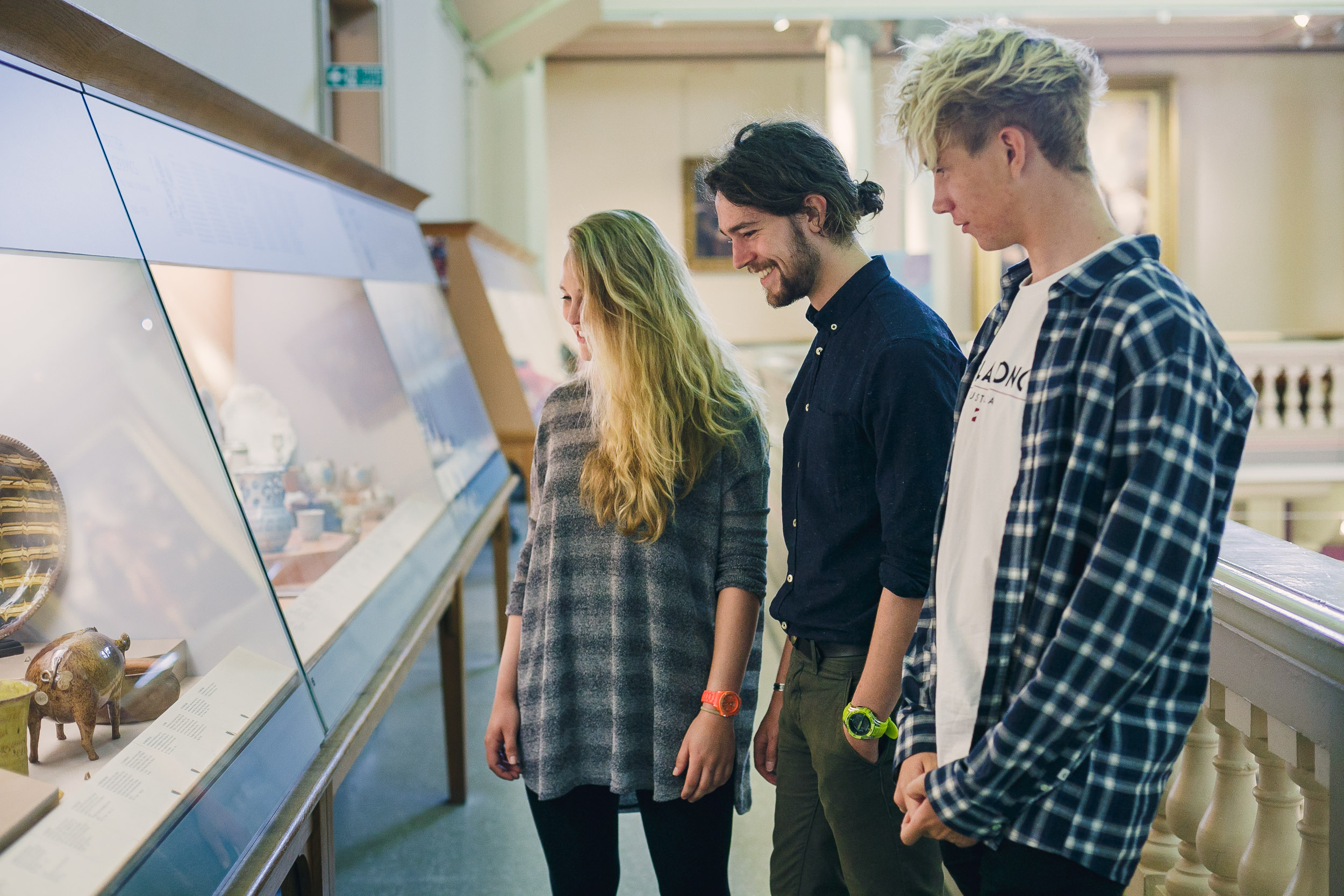 Support the Museum by becoming a member or volunteering with us