Searching for a ‘Charlie’ in a sea of ‘Tommies’: The story of enigmatic cousin ‘Charlie’ has taken some unravelling.

Charlie’s War (with thanks to the Cornwall Regimental Museum and Paul Nixon):

An enlistment book housed at the Cornwall Regimental Museum in Bodmin states that Charles W. Haslam enlisted into DCLI on 13th March 1915 at Bude.  He gave his civilian occupation as ‘Farmer’.  He was 5 foot 6 inches tall, average for that time, but weighed a considerable 150 lbs or 10 stone 10 lbs which was significantly heavier than the average enlistee.

Charlie would have reported to the DCLI Regimental Depot at Bodmin on 13th March 1915, where he would have been documented and given a full medical examination before being initially posted to the 9th (Reserve) Battalion DCLI in Falmouth. 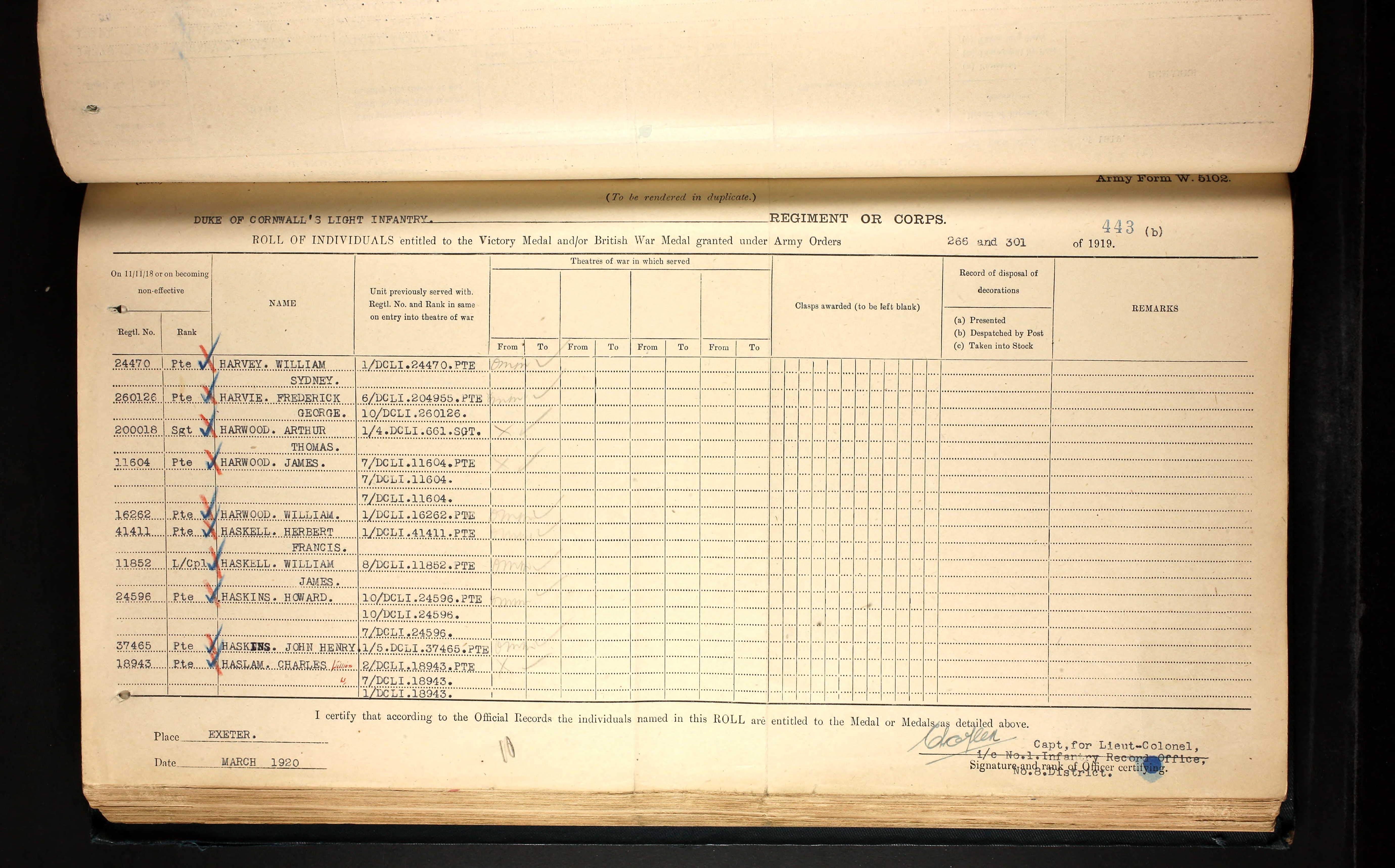 On 10th April 1915, the recruits with 9th Battalion DCLI were all transferred to the 3rd (Training and Reserve) Battalion which was also encamped at Falmouth.  The following month the 3rd Battalion moved to more permanent accommodation in Freshwater Fort on the Isle of Wight. It is likely Charlie was among them as this corresponds to the time lines set forth in Elsie’s diaries for 1915.

The training syllabus for the Battalion was designed to be taught over a period of six months.  However, early in the Great War the requirement for manpower was so urgent that this period was considerably shortened.  A large number of men were posted as reinforcements to the 1st Battalion which had crossed to France as part of the British Expeditionary Force in August 1914 and had suffered near catastrophic casualties at the battles of Mons, Le Cateau, the Aisne and First Ypres having been involved in almost continuous fighting since 23rd August 1914.  However, as none of the Battalion documents have survived it has not been definitely known when or to where Charlie was posted on completing his recruit training at Freshwater – until now that is! 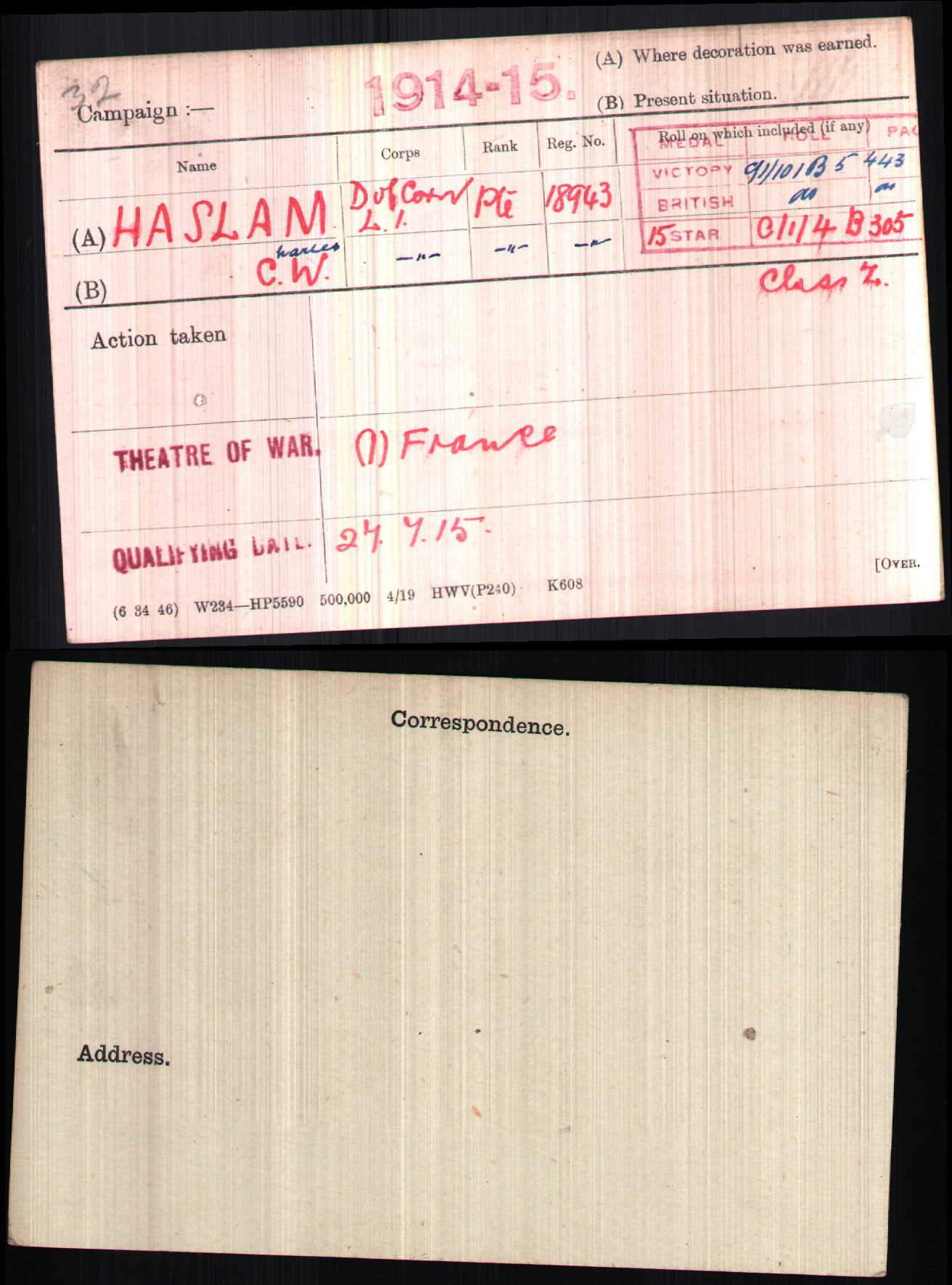 What We Know Now

In late summer of 1915, Charlie did join 1st Battalion. The Battalion was occupying a sector of the line on the North bank of the River Somme.  In March 1916 they moved thirty miles north to the Arras sector.  At that particular time, both these sectors were comparatively quiet, allowing the Battalion time to absorb the many, and much needed, new recruits.

On 19th July the 1st Battalion was committed to the terrible battles of the Somme, being deployed in the final states of the battle of Delville Wood – by far the bloodiest of the several Somme battles, and one that cost the Battalion upwards of 500 casualties.  It is possible that Charlie was with them for this battle…