The First World War was arguably the first total war of the modern era, dominated by the usage of high explosives, heavy artillery and the advent of the tank, casualties were on a scale not ever experienced before.  2.6 million British men were wounded with upwards of 1.6 million of these men suffering injuries as a direct result of shell fire. Some 41,000 men had one or more limbs amputated and a further 65,000 sustained head, eye and/or facial disfigurements.

Charlie made up one of these millions. Elsie received news on 13th February that on roughly 8th February 1918 Charlie, serving with 7th Battalion at the time, was severely injured. 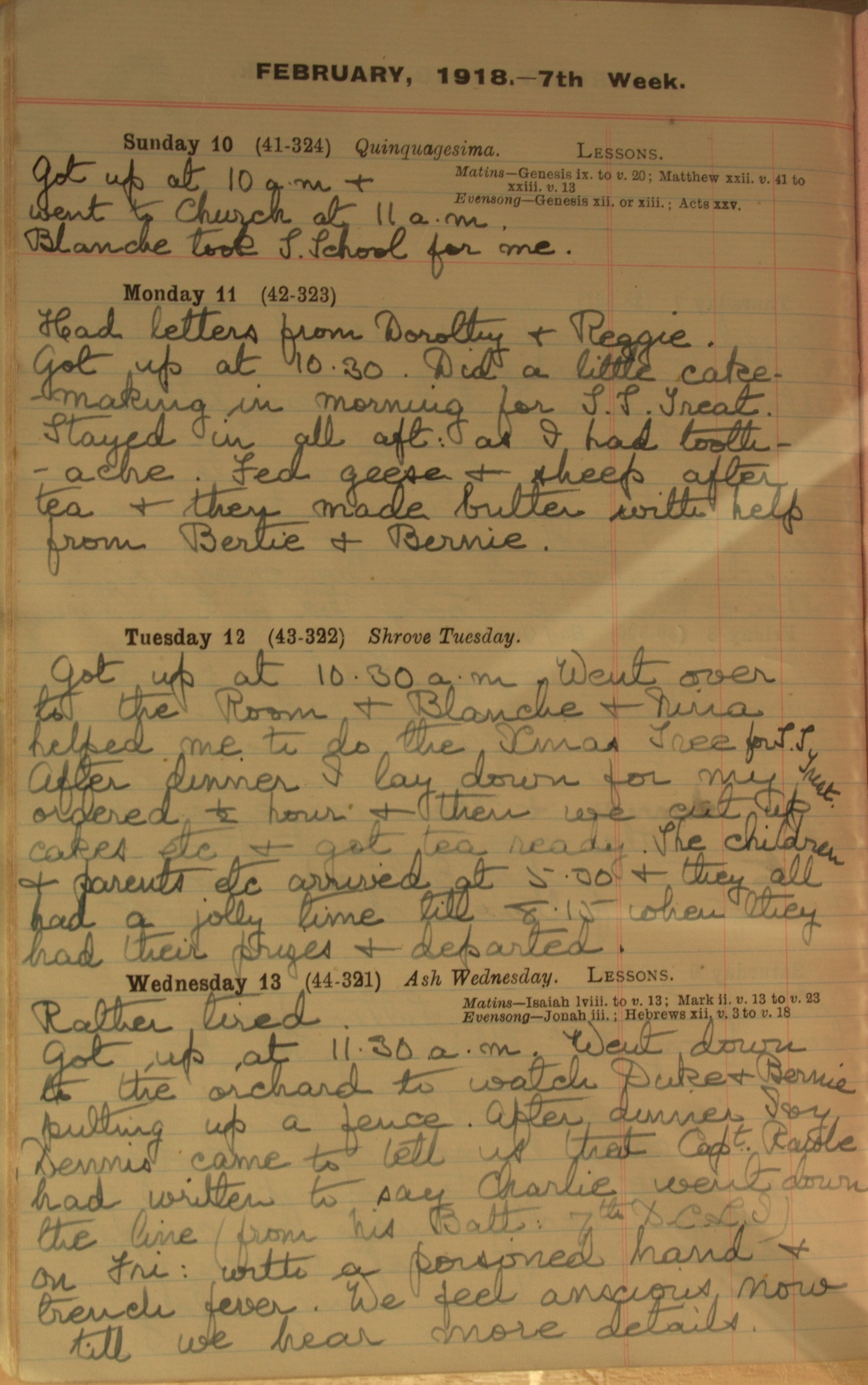 13th February 1918: Translation: ‘ … Dennis came to tell us that Capt[ain] Rawle had written to say Charlie went down the line (from his Batt[alion] 7th DCLI) on Fri[day]: with a poisoned hand + trench fever. We feel anxious now till we hear more details.’

Charlie’s military record contains documentation of this injury (due to its deteriorated quality it has been copied below):

On 25th February 1918, Elsie received word that Charlie had reached a military hospital in Etaples and on 2nd March 1918, she heard that he had undergone an operation to remove a considerable section of his thumb. 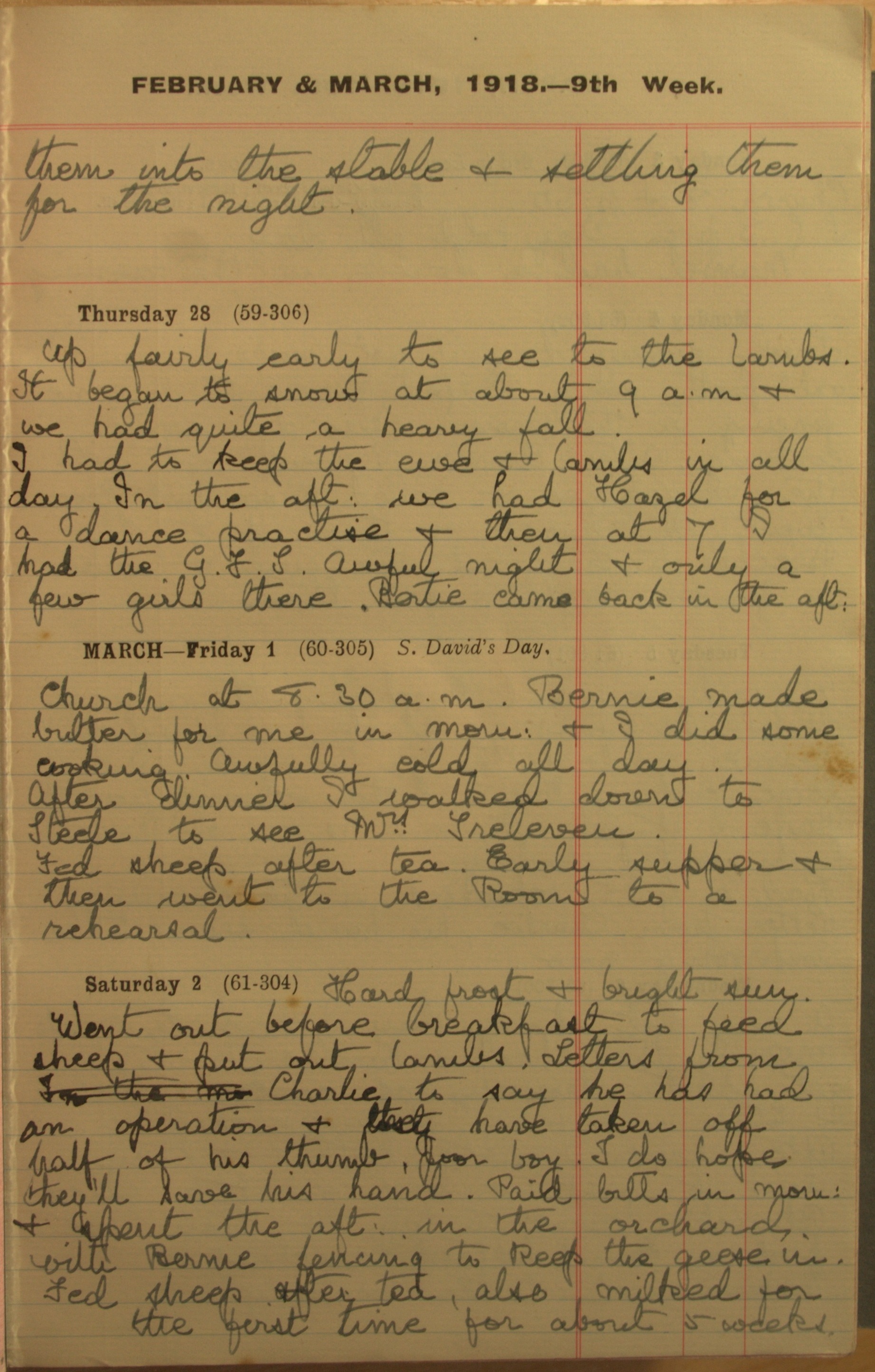 2nd March 1918: Transcription: ‘… Letters from Charlie to say he has had an operation + they have taken off half of his thumb, poor boy. I do hope they’ll save his hand. …’

Charlie was brought back to England to re-cooperate at 4th Southern General Convalescent Hospital in Plymouth. A Queen’s Nurse Tait McKay wrote an article for the Queens Nurse Magazine of the 4th Southern General Hospital where she was acting Matron at the time. In it she stated that the convalescent hospital was created by ‘…transforming Salisbury Road Schools and the adjacent Baptist Church into a War Hospital of 520 beds…’. The men admitted were cared for by a staff which consisted of matron, 22 sisters, 68 nurses and around 2 masseuses.

Charlie spent from the beginning of March 1918 to the latter end of May 1918 at this make-shift institution. He then went here was granted 10 days leave where he visited his cousin Elsie before being returned to the Western Front several weeks later.

In spite of this not being the only injury that Charlie sustained as he was hit in the left hand by shell shrapnel but was not hospitalised for this injury, Charlie Haslam did survive the war!  Records show that he did not re-engage after the war (as many soldiers did due to the economic depression) and it was his intention to return to his farm in Bude. 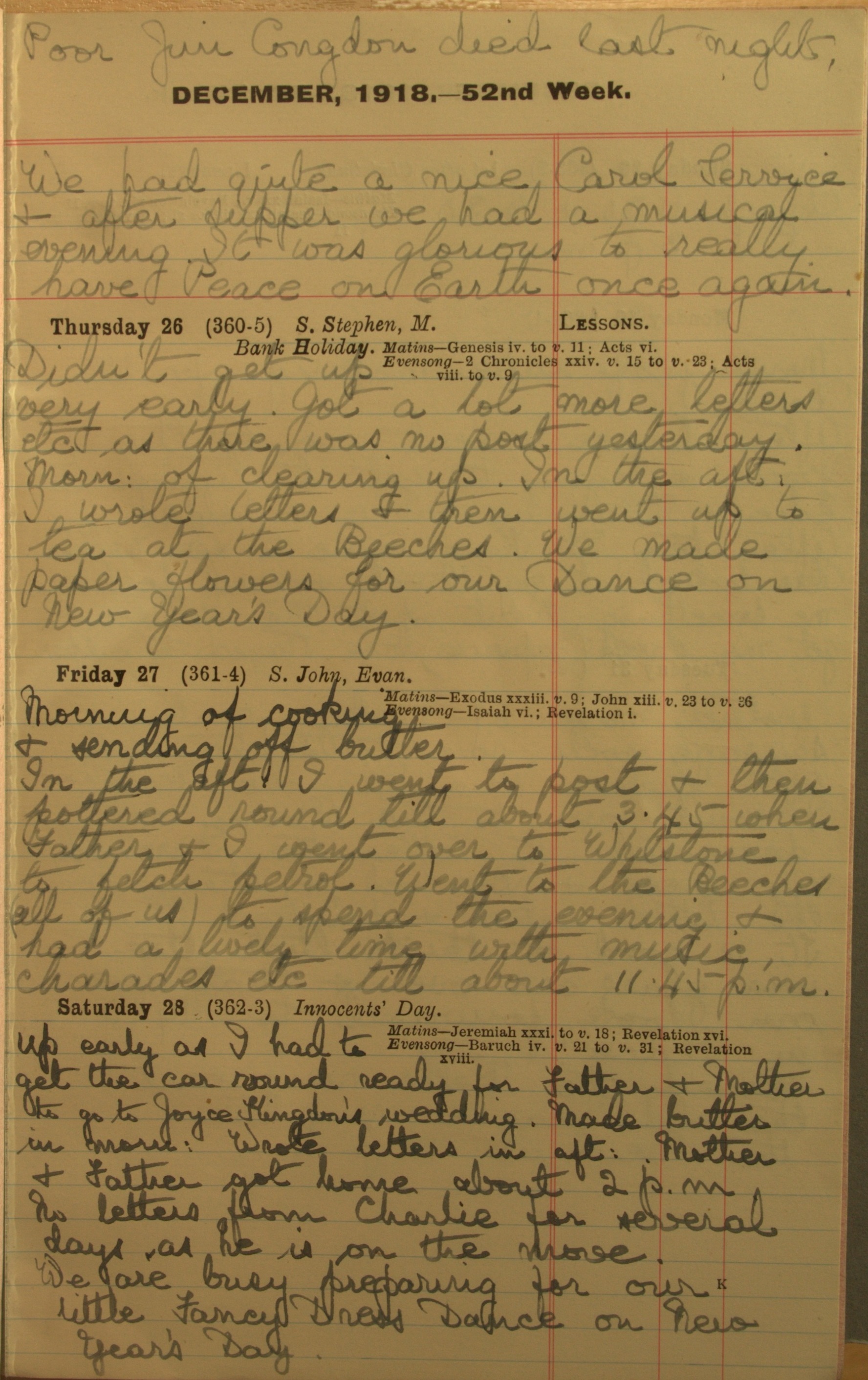 28th December 1918: Transcription: ‘… No letters from Charlie for several days as he is on the move [home from Quesnoy, France].’