Tasked with analysing a series of digitised diaries the aim was to trace the lives and stories of the diaries’ creator Miss Elsie Haslam, her father, her mother, ‘Bernie’ and the enigmatic ‘Charlie’.

This was definitely a challenging project – especially so where Charlie was concerned. The information gathered from Elsie’s diaries is exceptionally limited. Knowing only Elsie’s full name, the Courtney Library researchers at the Royal Institute of Cornwall tracked Elsie’s movements and through this narrowed down her location to Weeks St. Mary. Through the 1901 and 1911 census records (shown below) the RIC was able to confirm the names of her father and mother and that ‘Bernie’ was in fact Bernard Lewthwaite Haslam, her brother. 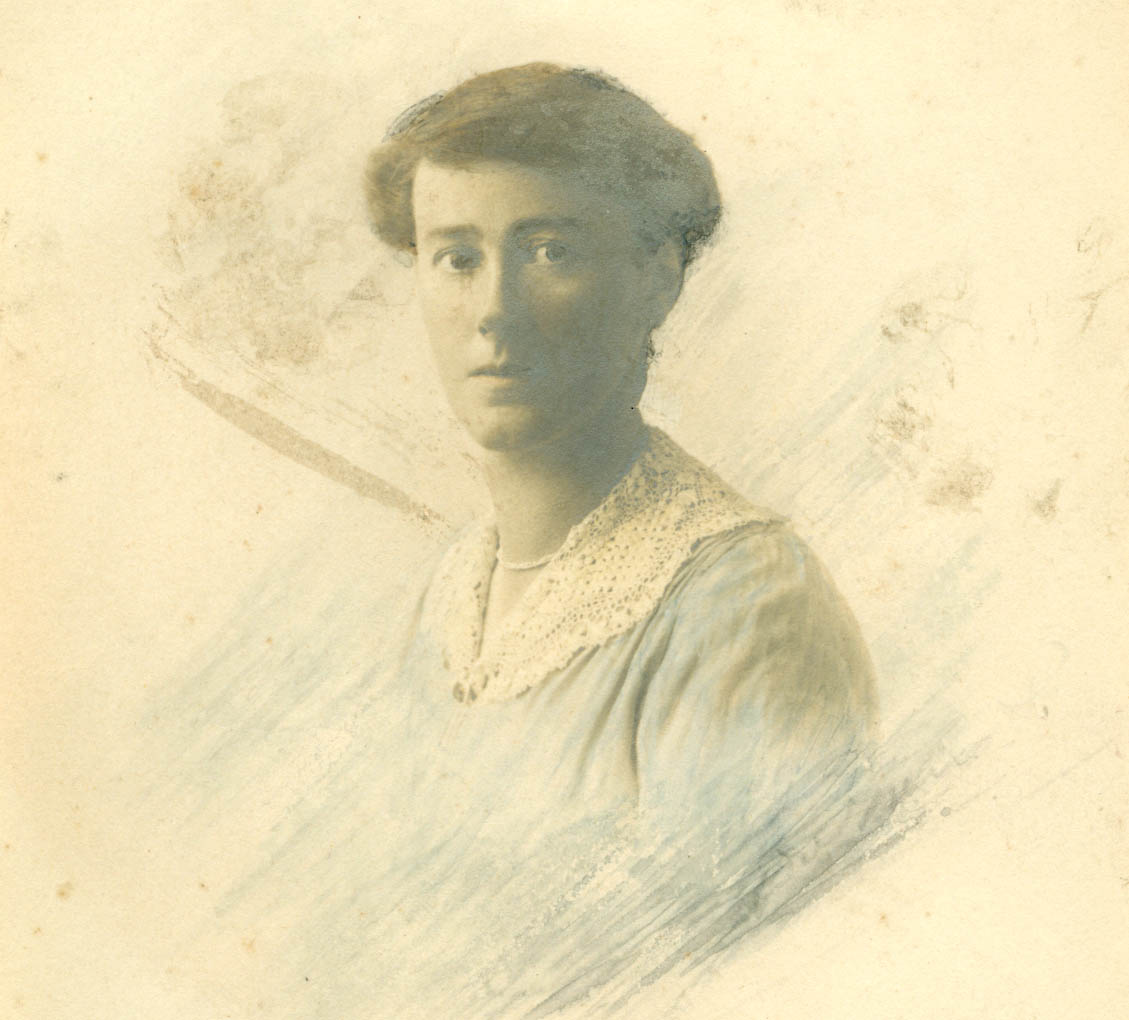 © From the collection of the RIC. Available to view at the Courtney Library and Archive CLG.2013.4.1 Younger Elsie Mona Haslam. 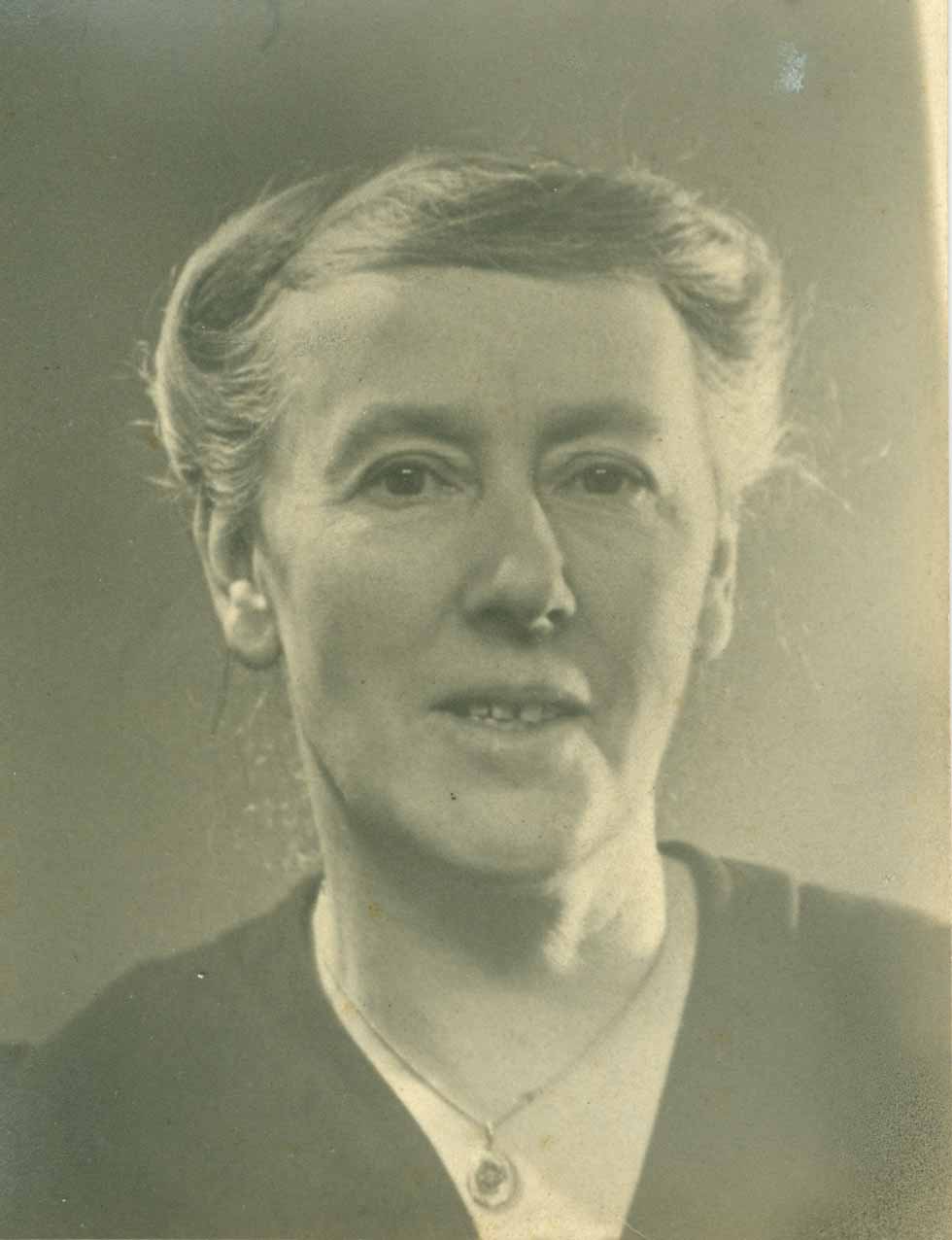 © From the collection of the RIC. Available to view at the Courtney Library and Archive CLG.2013.4.2 An older Elsie Mona Haslam.

*Note Isle of Man records are separate to the UK and not visible on most search engines.

The information on Charlie himself was even more limited and without a last name, an age, an occupation, an address or any knowledge of his connection to the family for him very difficult to track anything down.

What we did learn of him through Elsie’s diaries was of his aunt in Bournemouth, that he went to Tremeer and then Bodmin in early 1915 to enlist. From Bodmin he underwent basic training and was briefly brought to Falmouth before his unit was ‘shipped out’ to the Isle of Wight.

Come 1918 however, Elsie notes of how he was part of 1st Battalion of Duke of Cornwall Light Infantry and was injured twice in France – once badly in the hand which resulted in an operation removing part of his thumb. It was through his war records and the invaluable help of Paul Nixon, and the Cornwall Regimental Museum that Charlie was identified.

With this information and the extraordinary help of self-taught genealogist Graham Harvey a paternal family tree was assembled: 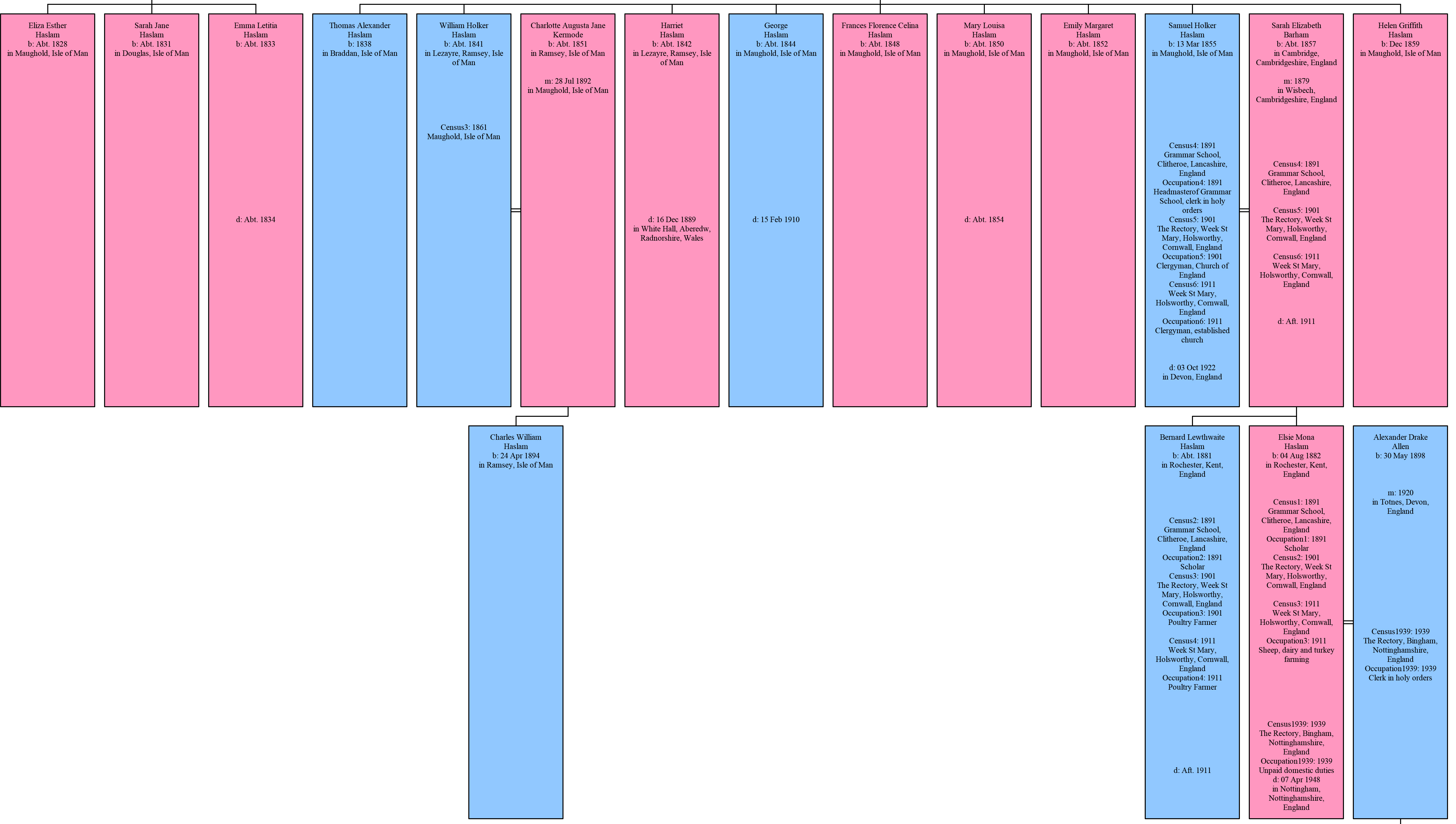 Partial Family Tree of Elsie Mona Haslam, shows her paternal aunties and uncles, along with her later marriage. Pink denotes female relations and male are in blue.

Due to the nature of Samuel Holker Haslam’s occupation as preacher, the Haslam family welcomed many people into their home and had the opportunity to visit more places than most of the time, especially as the family brought a Studebaker motor car in summer of 1914. 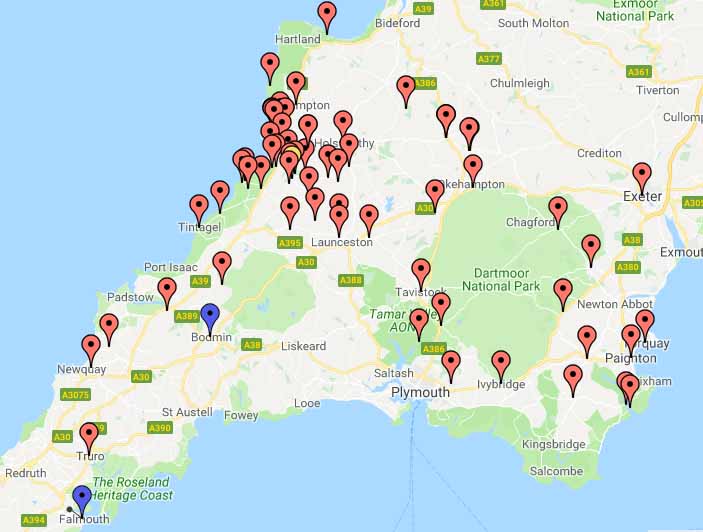 Map, showing stops for the family in Devon and Cornwall. Yellow pin is their home in Weeks St. Mary, blue pins are military locations.

The family even went as far as places like Bournemouth, Bristol and Bath and near London.

Map, showing stops for the family over the UK.