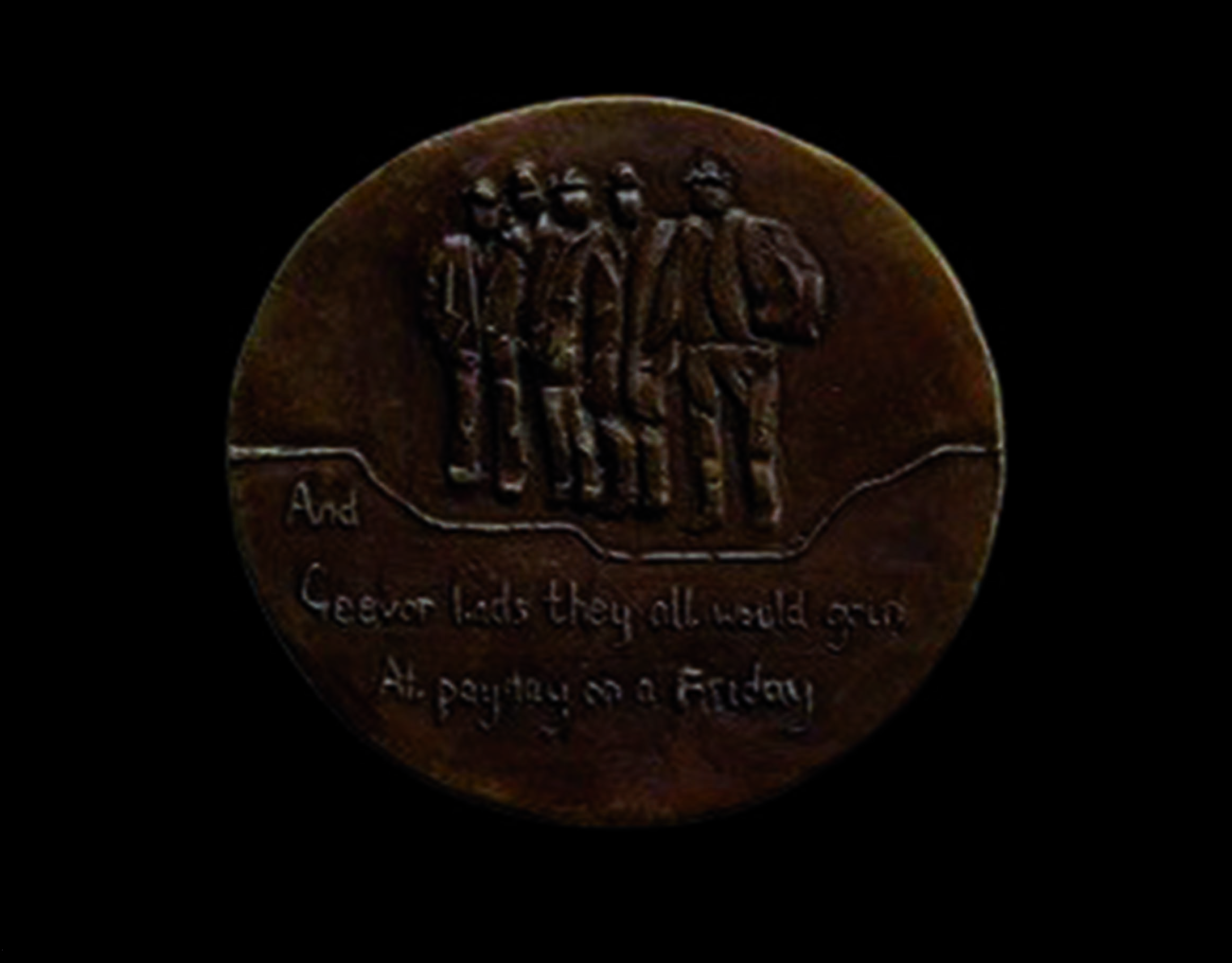 An exhibition of Art Medals created by students and graduates of Falmouth University for the British Art Medal Society, Student Medal Project

The Art Medal is a medium that looks to the Renaissance for its beginnings. First seen in the work of the artist Pisanello (1395-1455), whose cast bronze medals were often made for the court of the Gonzaga family of Mantua, Italy.  The Art Medal today may be used primarily to commemorate or celebrate. Often produced in multiple editions, the method of production, a process of lost-wax casting, using bronze, remains the same.

The British Art Medal Society (BAMS) began the Student Medal Project twenty-five years ago in order to reintroduce this art form back into colleges and universities all over the UK. Instead of simply being commemorative, the student and graduate works are often more philosophical in content.

This group of five contemporary Art Medals are all related to the passing of time and the seashore. The title, Time and Tide not only suggests the Cornish seashore, but can also be thought of as a metaphor for the transit of life.

The modern Art Medal can come in many different shapes and sizes, it can be realistic or abstract often with a message to deliver. What they all have in common is a desire to tell their story on a small and intimate scale, allowing the artist to reach out directly and personally to the viewer.

Duncan is a graduate of Falmouth University and a prize-winner in the British Art Medal Society (BAMS) Student Medal Project.

One side of the medal shows a metaphorical hour-glass, its grains of sand counting down the time. The reverse shows footprints on the sand, which will in due course be washed away by the tide, evoking, Duncan suggests, “thoughts of existence and mortality”.

Zoe, another graduate of Falmouth University’s Fine Art Department, was recently awarded the BAMS  New Medallist Bursary culminating in the production of this brand new medal.

Grazing continues Zoe’s exploration of the changing landscape but in this case the landscape is in miniature and the change barely perceptible.

The medal depicts a limpet, as she says, “a creature often overlooked, perhaps as just part of the rock face along our coastline. Suctioned and battling the tide, we don’t really associate these creatures with movement.” Yet, while the Limpet clings to one side of the medal, the reverse shows the carved pattern of the grazing marks made as it slowly moves across its rock feeding on algae.

Matthew is a student at Falmouth University and has been specialising in the art of medal making.  The medal won a BAMS prize this year, where it was judged outstanding for ‘concept, finish and imagination, to create a narrative of some mystery’.

The title, Matthew says, suggests that the medal is attempting to express something that defies description. As the viewer, we have no way of knowing exactly what is happening and must make up our own narrative.

This medal takes its inspiration from the Greek myth of Artemis and her lover Orion, who her jealous brother tricked her into killing. “It is a sort of ode to loneliness, the beautiful side of despair” Matthew says.  Around the edge is the inscription – Lonely she floats, queen of the night, faintly lighting the world beneath her.  He continues: “the text is meant for people who do not know the myth, to wonder how it would feel to wield such vast powers and yet be totally alone.”

This medal is a recent acquisition by the Royal Institution of Cornwall.  It was made while Zoe was still a student at Falmouth University and was the BAMS Grand Second Prize Winner in the Student Medal Project 2015.

Geevor Lads depicts the passing of time in a different way. It is an evocation of times gone by and a reflection on the tin mining communities of Cornwall. Time has not been kind to these places and yet their values and sense of belonging continue to imbue Cornish society. Zoe says, “Life was tough for the Cornish miner. They found themselves working long hard hours in difficult conditions, all for a low wage. The dangers of working in the mines were highlighted for me when I discovered from my grandfather that two relations died while working at Pednandrea Mine, Redruth, in 1874.’

One side of the medal depicts an abandoned and derelict engine house.  The reverse shows a group of miners, singing together the song Cornish Lads with the verse, ‘And Geevor lads they all would grin, at payday on a Friday’.

The medals will be on display in Hireth gallery at the Museum until September.